It’s 1882. Englishwoman Charlotte Lockton (Eve) and her husband David (Hinch) have come to New Zealand’s South Island to make a new life for themselves. But then burglars break into the Locktons’ bedroom and, encountering resistance from David, shoot him dead and escape with the Locktons’ newborn son Arthur (played by various babies).

Alice Eve as Charlotte and Lukas Hinch as David.

Months pass and the cops lose interest. But then Charlotte gets a clue that her child is still alive in distant Goldtown, a frontier settlement populated by gold panners and whores. So she hitches a ride aboard a wagon train led by Bully (McTavish) and with Maori tracker Matai (Walker) in escort. 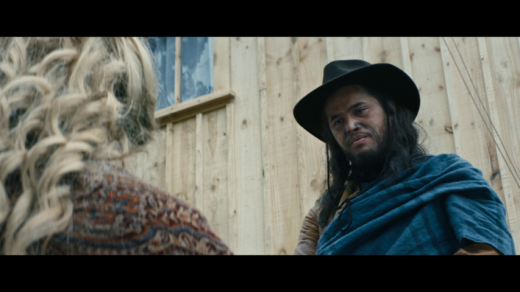 On arrival in Goldtown, Charlotte and her three fellow-passengers—the whores Honey (Corcoran), Flamenco (Ruegg) and Heather (MacGregor)—are welcomed by Bertie Russell (O’Brien), sidekick to Joshua McCullen (Davenport), the boss of Goldtown and soon enough Charlotte’s would-be suitor. But all Charlotte cares about is recovering Arthur, and she’ll do virtually anything to achieve that end . . .

Emily Corcoran as Honey (left) and Gillian MacGregor as Heather.

In part a New Zealand Western, in part a piece of historical borderline noir, The Stolen presents a bleak portrayal of a country as yet untamed by government and law. Yet again we’re reminded on the cinema screen of how astonishingly beautiful the New Zealand landscape can be; Alun Bollinger’s cinematography revels in scenery that, even though less primevally spectacular than that on display in movies like the Lord of the Rings trilogy, is nonetheless stunning. 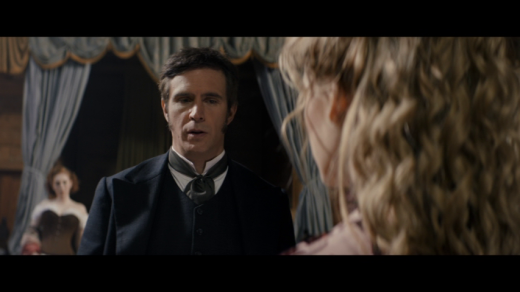 Alice Eve (who I discovered to my surprise is the daughter of veteran UK TV actor Trevor Eve, of Shoestring, Waking the Dead and others) is triumphant in the lead role, and she’s ably supported by the likes of Jack Davenport, Stan Walker and Richard O’Brien—not to mention Emily Corcoran, Gillian MacGregor and Mikaela Ruegg as the three adventuresses out to seek their fortune on their backs. Some of the minor supporting cast are, however, very much less assured, to the point of occasional embarrassment; presumably the makers enlisted some amateur assistance. (The list of named extras in the closing credits looks large enough to be the Christchurch telephone directory.) 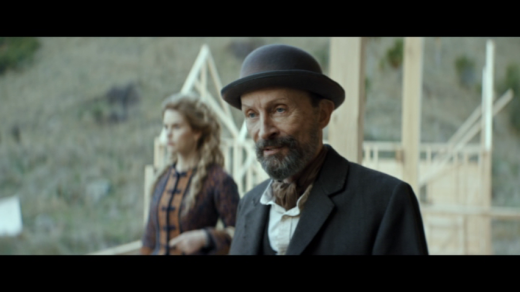 Overall, however, it’d be reasonable to say The Stolen is the Emily Corcoran show: she wrote the story, co-scripted (with director Johnson) and plays the important supporting role of the harlot Honey.

The Stolen is a movie that, for all its many unevennesses, for all its many rough edges that might have been smoother if (I’m guessing) more money had been available, both held me rapt while it was playing and preyed on my mind afterward. I suspect I’ll be thinking about it for some while to come.