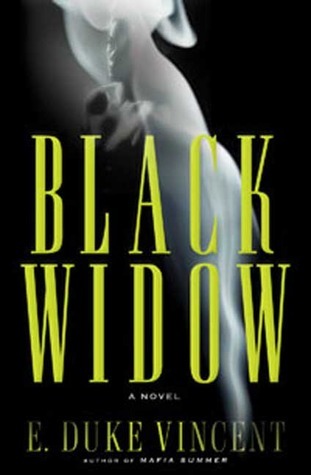 I’ve gotta be honest. In the midst of reading this book I underwent a relatively minor surgical operation (a follow-up from the more major one I had a few weeks ago), and so I wasn’t in the best of humors at the time. Y’know: effing hospitals. That said, if ever you have to go under the knife and get given a choice about where the general carnage is to be administered, opt for the Morristown Medical Center.

It’s the mid-1950s and US Navy flyboy Vinny Vesta, ex-Hell’s Kitchen thug and Mafia protege, is given the task of escorting a fellow-flyboy’s remains from Jacksonville, Florida, to California. There he meets the dead man’s widow, rising Hollywood starlet Kat, and it’s lust at first sight; immediately before jumping his bones, Kay explains that her marriage to Vinny’s deceased pal had long been dead in the water. A few days and about forty couplings later, they decide to get married. Trouble is, Kat’s control-freak daddy, high-powered LA lawyer Marion Pennington, is implacably opposed to the liaison. Other trouble is, ol’ man Pennington is shoulder-deep in cahoots with the Mob. So Vinny is likely to get knocked off at any moment.

Was that what happened to Kat’s first husband, Vinny’s flyboy squadron-mate? It’s a legitimate question, I feel. Unfortunately, it’s one that the novel declines to answer.

My main problem with Dark Widow (which is, to its credit, fairly fluently written) was that most of the principal characters made me want to upchuck. In the normal way I have no objections to novels focused on unsympathetic characters, but here I spent most of my time wanting to fling the book at the wall. Vinny and his flyboy pals belong to that school of fictional characters who seem to have unlimited financial resources (every now and then Vinny mentions that he’s not as rich as Kat, but he merrily spends on fripperies the kinds of sums most of us would be glad to earn) and absolutely fantabulous sex lives: until Kat comes along, Vinny and his flyboy pals have been bedding, often enough in multiples, hordes of gorgeous females who daily throw themselves at the aw-shucks sexual-powerhouse guys.

Vinny thinks nothing, at one point, of using up galootles of taxpayer dollars so he can fly by Navy jet across the country to attend to a personal matter. I suppose anyone expressing outrage at this would be instantly labeled “socialist” by the people who move in Vinny’s circles.

And let’s not forget Vinny’s mafia connections. Because of them, most of the people he regards as “family” (I tried to avoid the pun but couldn’t) are multiple murderers, pimps, human traffickers (before the term was invented) and all the rest. Vinny doesn’t seem to see much wrong in any of that. They’re still, y’know, good people.

Virtually unlimited money? Virtually unlimited sex? Pardon my French, but Black Widow‘s what we call in critical circles a bit of a wankathon. It’s not just the characters who’re objectionable but the whole flipping ethos of the book. I’m sure there are fourteen-year-old boys who’ll regard it as a masterpiece. I’m, alas, despite my inner fourteen-year-old, not one of them.

The rather striking cover image is, unfortunately, uncredited.