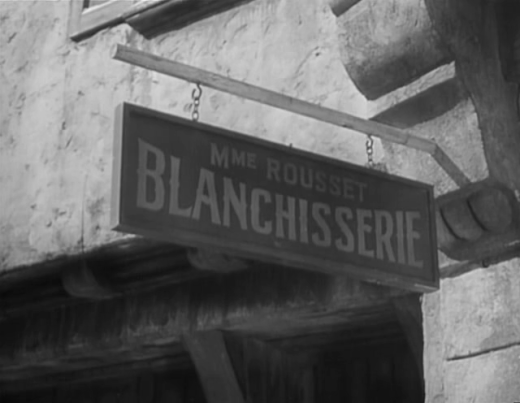 I’d seen a brief description somewhere of this movie that made me think it might be an intriguing piece of historical borderline noir. That didn’t prove to be the case, although there’s a certain amount of noirishness late in the proceedings—enough, anyway, to satisfy this site’s notoriously lax standards.

It’s 1870, and France is under occupation by the Prussians. Far too many of the French are collaborating with the occupiers, and Father Moran (Waldron), the elderly priest of the little town of Cleresville, refuses to ring the church bell until a Frenchman has the guts to strike back against the invaders. 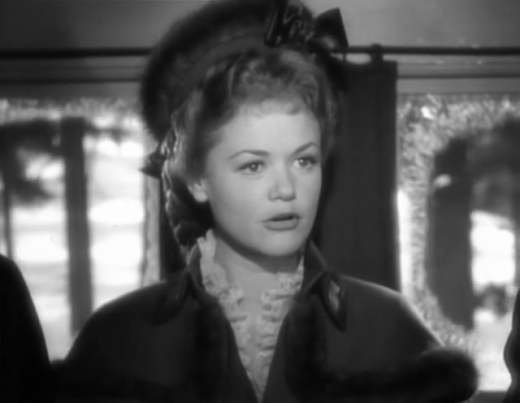 Cut to Rouen, where a coach is about to leave for Dieppe, with Cleresville as one of its stops. Aboard are a mixed bag of aristocrats and business people—money-worshippers all—plus Father Moran’s replacement (Glover), whose name I couldn’t catch, the radical Jean Cornudet (Emery) and a “little laundress,” Elisabeth Rousset (Simon). 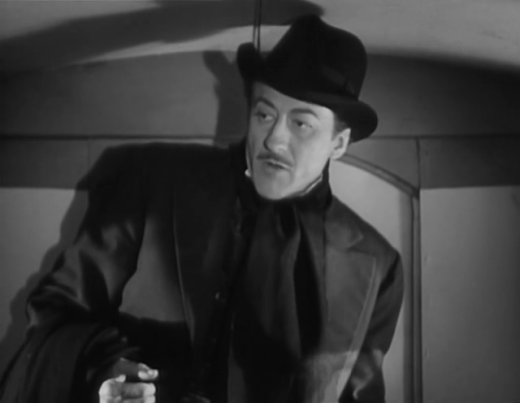 All except Jean openly despise Elisabeth as a commoner until it proves she’s the only one who thought to bring provisions for the journey, which provisions she generously shares. Their shallow friendship persists when they overnight at an inn in Tôtes, and they’re full of praise for her when she flatly refuses the request of Mademoiselle Fifi, also staying at the inn, that she “dine with him.” Tempers fray, though, over the next few days when he refuses to let the party continue their journey until Elisabeth shares that “dinner.” Even Jean at last concurs: she should take one for the team.

Next day the rest of the party, Jean excluded, treat her like dirt because they assume she “dined” out of wedlock. In fact, her virtue remains intact—Fifi explained to her he simply wanted to break her spirit, not to actually “dine.” 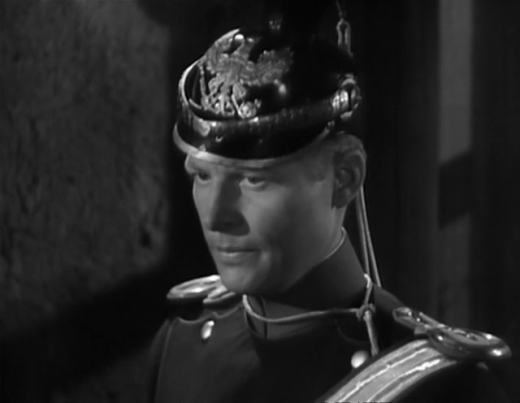 Back in Cleresville, to Elisabeth’s disgust and dismay, everyone’s cooperating with the Prussians, even her Aunt Marie (Wilson), who owns the local laundry . . .

No prizes for guessing that, by the end of the tale, Cleresville’s new young priest has ample cause to ring the bell. 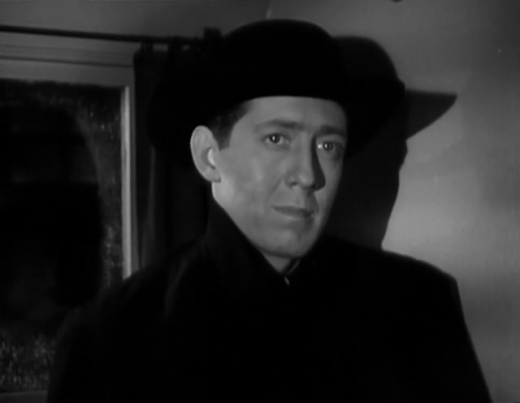 Edmund Glover as the young priest.

The movie falls into two unequal halves based on two Guy de Maupassant stories: you can find them online here and here. (That site, by the way, contains, among much else, nearly 200 of the same author’s stories, should you be in the mood for a de Maupassant binge.) The coach journey comes from the story “Boule de Suif”; in the original the equivalent of the movie’s prettily elfin young innocent, Elisabeth, is an enormously fat, middle-aged “courtesan” nicknamed Boule de Suif (“Tallow Ball”).

The movie’s pacing is a bit dubious. The events of the coach journey fill the longer of its two sections; all the more exciting stuff happens in the shorter section, which feels a bit rushed where the earlier part feels padded. Even though your correspondent finds gazing dewy-eyed at Simone Simon to be one of life’s greater pleasures, by the time the coach and its passengers disappear from the movie I was more than glad to see the back of it. The events in Cleresville are much more fun and, as noted above, do contain some noirish moments. 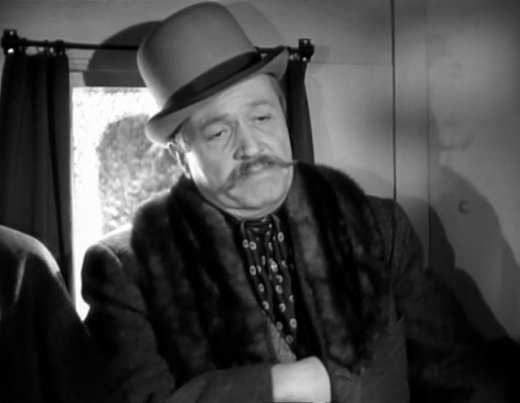 Jason Robards Sr as one of the coach passengers, the wine dealer Loiseau.

Mademoiselle Fifi is by no means a stinker. It’s just a tad drab for the most part—surprisingly so, given its director and producer (and its star). You might find you had a better time if you read the stories.