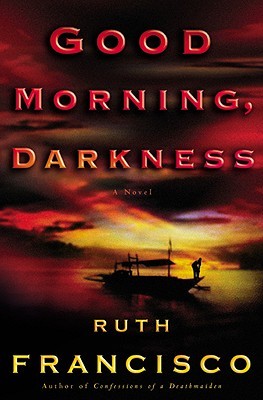 Laura Finnegan, breathtakingly beautiful in the manner that makes men feel protective of her, seems to be an entirely blameless, utterly admirable individual. We get an inkling that perhaps this view is simplistic when we learn that Laura is looking forward to seeing the pain of her surf-dude boyfriend Scott when she tells him that, far from accepting his proposal of marriage, she’s dumping him. Still, maybe that was just a momentary lapse.

Then Laura goes missing. A little while later, two severed arms wash up on the California shore; it doesn’t take the cops long to establish that, even though the arms were discovered miles apart, they belong to the same person. After a while, the assumption grows that this person is Laura.

The familiarity of it wouldn’t have bothered me so much (and it did occur to me that this novel could equally well have been called Gone Girl, thus beating Gillian Flynn to it by a decade or so and thereby tripling xanax use among publishers’ publicists) if the book had been better written. The narrative is shared for the most part between (a) an unnamed Mexican (in first person) who noticed Laura during his early morning fishing trips and became infatuated by her, (b) the narcissistic, borderline psychotic boyfriend Scott (in third person) and (c) Reggie Brooks (in third person), a middle-aged cop whose spare-time martial-arts classes Laura attended in case she ever had to defend herself against Scott, and who has likewise become infatuated with her. (Both the fisherman and Reggie tell themselves that really, no, honest, really, their motives are pure.)

We also get a few early sections from Laura’s point of view.

Credit where credit’s due: Francisco nails the angler’s voice perfectly. Whenever I saw one of “his” sections was up next I relaxed in my seat, looking forward to what he had to tell me. The trouble was that he didn’t have a huge share of the text. When I was reading the tale from the viewpoint of Scott and Reggie — in third person, remember, not first — I was far less entranced. The telling seemed to sort of bump along, being not exactly bad but seeming a bit mediocre where surely we were entitled to expect more.

That Laura wasn’t the sweet person everyone thought she was was something I figured out in my own stupid fashion by, I dunno, page 10 or 20; that she was a femme fatale took me until maybe page 50; sometime not so long before or after that, it seemed obvious she wasn’t dead. Working out who the arms belonged to didn’t take so very much longer. I know there was the occasional twist I didn’t see coming, but they were all minor to the point that right now I can’t remember what they were.

All of that said, this is a very readable novel. Ruth Francisco is, I think, like Stuart Woods in this respect: as with the TV series Lewis and Midsomer Murders (aside from the hot Mrs. Barnaby), you finish this week’s episode reckoning it was pretty mediocre yet somehow find yourself tuning in the following week anyway. I’m sure I’ll read some more Francisco somewhere down the line. Certainly her psychological thrillers like this one shouldn’t be ignored.