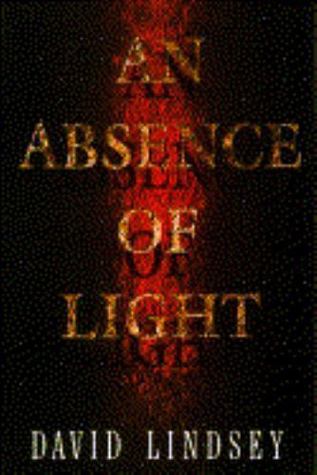 David Lindsey is one of my favorite crime novelists. His A Cold Mind (1983), almost his first novel, represented a remarkable coming-of-age for the serial-killer genre. Mercy (1990) made him famous. But for me it’s his 1992 novel Body of Truth that’s most imprinted itself on my mind: although it fits the bill as a murder mystery, it’s the novel’s lifting off the lid of the Reagan-backed dirty war in Guatemala that makes it without a doubt the most harrowing crime novel I have ever read. It achieved this effect on me not through torrents of grue, or whatever, but through its slowly built-up recreation of the atmosphere of (wholly justified) paranoia that must have existed in Guatemala and other countries in Central and South America at the time, where a word out of place — or simply the whim of some moronic bully — could have you “disappeared” overnight, possibly a plaything for the torturers for the hours before the mercy of death. And maybe not just you: maybe your whole family.

I read Body of Truth within a few years after its publication, about a quarter of a century ago, and, although most plot details have obviously drifted out of memory, I still find that, every time I think about the book, I re-enter that state of paranoia.

Lindsey’s novels tend to be strong meat (though that’s not a universal rule), and so I generally space them out a bit. I realized the other day that really quite a while had passed since last I’d read one and that I’d accumulated three on the TBR shelves. So I picked off the fattest of them, which was An Absence of Light, and settled in.

Houston, Texas, and an investigator for the Houston PD’s Criminal Intelligence Division (CID) is found in his car with a bullet through his head. The initial verdict is suicide, but Marcus Graver, the CID’s head, is not so sure, and his doubts increase within a day or two when the analysts checking the dead man’s case files discover inconsistencies. And then another of the investigators involved in those cases dies “of a heart attack.” As Graver and a trio of his staff dig further, with the help of a freelance and occasionally extralegal intelligence outfit run by an old friend of his, they unearth a truly staggering criminal plot.

And all the time the body count is rising . . .

Lindsey isn’t a writer to everyone’s taste. He goes for the slow build-up, eschewing immediate gratification for the sake of meticulous scene-setting and the like. His prose is measured to the extent too often of ponderousness, and can occasionally be ugly. (His copyeditors are responsible for failing to eliminate the latter. In this book we have examples of the laying/lying illiteracy, the loose/lose illiteracy and a “from whence,” among others. One of the typos made me grin: “unchartered country.”) In other words, he’s a writer you have to be patient with, putting your trust in him that this long, slow, occasionally tiresome burn is going to be justified in the later stages of his tale.

And in An Absence of Light he didn’t let me down in this respect. The latter half of this long novel flew by, and even now, twenty-four hours or so after finishing it, I’m still not done shaking myself free of it. The reason, I think, is that Lindsey has a knack of getting you into the minds of his villains — there are two major ones here — so that you begin to understand their thinking all too well. In An Absence of Light they’re predators not in the sense that the Ted Bundys and the Albert De Salvos of our society are but through their complete disregard of the rest of us except as devices to aid the satisfaction of their greed: they’re the ultimate end-point of unfettered capitalism.

Again I’ve been knocked a bit sideways by a Lindsey novel, although I don’t think it’s up there among his very best (but for a more realistic judgment on this ask me again in three months’ time). Yet I admit there were times in the first couple of hundred pages when I wondered why I was bothering. Did I really need yet another description of someone’s house, or the burger they grabbed for breakfast? (One descriptive aspect that’s dated badly is that within a few paragraphs or even a few lines of the introduction of any of the female characters we’re generally informed about their degree of buxomness.) But many good things are all the better if you have to wait a while for them, and that’s true here.