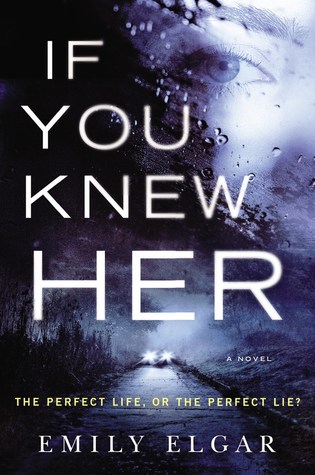 Having been knocked down in a hit-and-run car accident on New Year’s Eve, Cassie Jensen arrives in a coma at an intensive care unit somewhere near Brighton in the south of England. One of the nurses on the ward, Alice Marlowe, takes a special interest in the new arrival, as does Frank, a middle-aged patient whom everyone but Alice believes is in a persistent vegetable state, although in fact he’s suffering from locked-in syndrome and can see and hear everything that’s going on.

Frank’s the first to realize that Cassie’s married life is not at all the paradise that her husband and mother-in-law pretend, and that indeed Cassie and her unborn child are in danger. But how can he communicate this to the world . . .?

I almost cast this book aside by about the 50-page mark. The writing was self-consciously dreadful:

. . . the branches from the silver birch trees creak over her head like arthritic fingers knitting together. [page 1]

Really? Your humble scribe knitted his arthritic fingers together and listened. Hard.

Cassie feels her dress tighten around her lungs; they feel leaden. [page 40]

A bit of a quandary here. I suppose what Cassie really felt her dress tightening around were her breasts, but you could hardly talk about her boobs feeling leaden. Or could you?

There’s more of this sort of stuff — much, much more. But if the writing in those early stages is poor, the copyediting’s even worse:

Built in the fifties, the house was considered indescribably ugly when we first bought the red-brick two-story house . . . [page 19]

And then, somewhere in the first few-score pages, everything clears up. The writing tightens and most (not all) of the copyediting oopsies disappear. We still have things like

Jonny knocks the washing machine door closed with his leg; it bounces open again, knocking against some clothing that spews out of its opening. [page 304]

but they’re far less frequent. And, after the late start, so to speak, Elgar has a good story to tell and tells it grippingly through the viewpoints of her three principals: Cassie (in flashbacks), Alice and Frank. It’s pretty easy to spot who the Bad Person is going to turn out to be, and near the end there’s a hurried, rather clumsy little elaboration of the backstory that I could have done without, but by then I was truly hooked by the book and didn’t really mind.

So what happened? Why are the opening chapters so rough? Even if they were written much earlier than the rest, that doesn’t explain why the editor and copyeditor didn’t fix them. All a bit of a mystery. But, if you can grit your teeth and get past the opening stages, you’ll find plenty to enjoy in what becomes a riveting psychological thriller.