In the small New England town of New Bristol, the imposing pile at 11 Crescent Drive was boarded up twelve years ago after its owner, Commodore Tygarth, died. Now his much younger widow (Elsom), is planning to open “The Commodore’s Folly” and put it on the market. 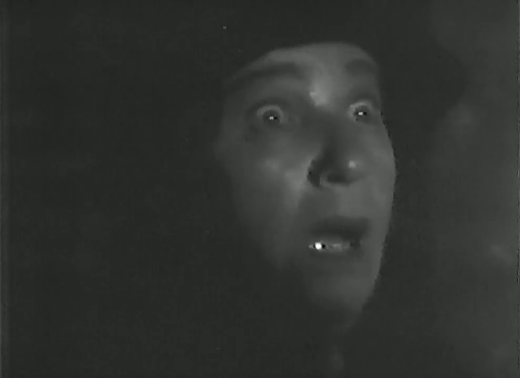 One rainy night an old woman, Alberta (Padden), sees a light moving behind the boards. Pausing to investigate, she drops a watch—a treasured gift from her mother. Before she can find it on the ground, a man rushes out of the house and pursues her into nearby Salem Alley, where he strangles her. Little does he know he’s been observed . . .

Next day the Fielding family at 10 Crescent Drive, next door to the Commodore’s Folly, receives a new governess, Elizabeth Howard (Russell), to look after young Barnaby (Lyon) and his kid sister Ellen (Griffith), the children of dour widower David Fielding (McCrea). David’s wife died in an accident a few years back, and there are still rumors that the word “accident” might be euphemistic. His best friend is the local doctor, Charles Evans (Marshall), who lives (respectably) across the crescent with nurse/housekeeper Miss Budge (Field).

Nona Griffith as Ellen and Richard Lyon as Barnaby. 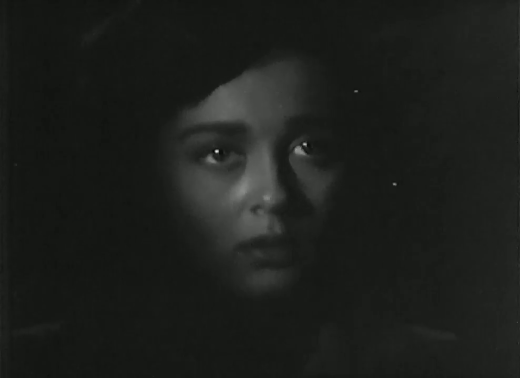 Little Ellen welcomes Elizabeth—“Miss Liz”—into her heart, but Barnaby is sullen and truculent. He loved their previous governess, the one whom David just fired for reasons unspecified, Maxine (Brooks). As Elizabeth’s bewilderment deepens, it emerges that Barnaby and Maxine are in a devilish plot with the man who murdered Alberta . . . and who soon shows himself willing to murder again. 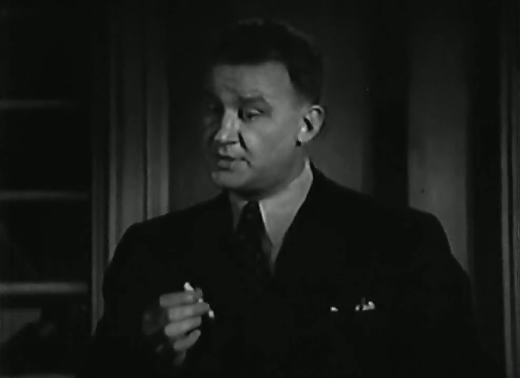 The Unseen is a sort of unofficial companion piece to director Lewis Allen’s earlier movie, The Uninvited (1944), which featured Gail Russell as a newcomer alongside more established stars like Ray Milland, Ruth Hussey and Donald Crisp. There are, too, elements here reminiscent of movies like Thorold Dickinson’s Gaslight (1940) and its 1944 remake and, much later, of Jack Clayton’s The Innocents (1961). Gail Russell’s performance as new-governess-trying-to-fill-shoes-of-adored-predecessor in The Unseen (and in this context should I mention REBECCA [1940]?) is not the masterpiece that Deborah Kerr’s analogous portrayal in the later movie would be—and The Unseen is very much the lesser of the two movies—yet the comparison by no means makes Russell, then in her earliest 20s, look shoddy. It’s a tragedy that alcoholism killed her by the time she was 36, in 1961: who knows what heights she might have scaled.

The movie’s full of things going bump in the night, creaking doors and sinister shadows—very much in the Ethel Lina White tradition, as is the fact that it has at its heart a young woman of admirable gumption. You can find the relevant novel to read online in html at Gutenberg Australia or in epub for download at Roy Glashan’s Library. As for the movie itself, you can find a copy on YouTube here. The person who’s posted the latter has done their best to spruce up a lousy original; here’s hoping someone bankrolls a proper restoration soon, because The Unseen thunderingly deserves a better fate than oblivion.

And, yes, that’s the Raymond Chandler who shared the scripting duties.