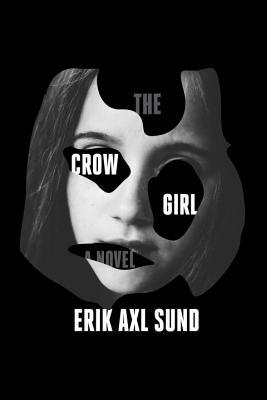 Several mutilated corpses of pre-adolescent boys turn up in and around Stockholm, and Detective Superintendent Jeanette Kihlberg and her team mount a hunt for what’s obviously a serial killer. As part of her effort, she ropes in the assistance of psychologist Sofia Zetterlund, and, even as the two women realize they’re falling in love, it becomes clear to them that there’s far more going on than just this single string of killings. The consequences of a host of past pedophiliac crimes are finally coming home to roost, with a terrible vengeance being enacted upon the perpetrators.

Stieg Larsson is merely the best known of the more recent crop of Scandinavian writers to use crime fiction as a way to portray the society in which they live — or at least its most economically and politically powerful members — as rotten to the core, ready and willing to exploit and tyrannize the rest of the populace. The Crow Girl very much sets out to continue that line, and yet the whole time I was reading it I found my opinion rocking to and fro between, on the one hand, agreeing that, yes, the extraordinary cruelty it portrays is completely justified for the sake of the social commentary and, on the other, concluding that a lot of it was simply gratuitous grue, and basically itself exploitative. Eventually I came uncertainly down on the side of the latter.

Where the novel is far more interesting is in its portrayal of people with what used to be called Multiple Personality Disorder, now renamed Dissociative Identity Disorder. It’s revealed pretty early on that one of the more central characters is in fact merely a secondary personality. A number of the other characters turn out to be someone else quite other than the person the world sees, including one who has been masquerading since World War II. The authors (Erik Axl Sund is the joint pseudonym of a duo) use this and other psychological legerdemain very effectively to bamboozle us: I spent half the book wondering why they’d revealed the killer to us (although not to Jeanette Kihlberg) so very early and how they could take things from here, only to discover that they’d led me up the garden path and I’d got all my basic assumptions wrong.

This is a very long — truly enormous! — book, told in the form of countless usually pretty short chapters. In Sweden it was originally published in three volumes, which might lead you to believe this is a sort of omnibus collecting a trilogy. Not so. This is very definitely a single novel; its three parts aren’t standalone and in fact the part divisions are basically pointless — they could be removed without anyone being any the wiser. Part of its length, arguably too much, is taken up by scenes that, while entertaining enough to read, don’t seem to move the story along or serve any other useful purpose except filling a few pages.

The Crow Girl, as translated by Neil Smith, is, despite all my quibbles, extraordinarily, addictively readable, which is perhaps as much as we should expect from what is, after all, billed as a thriller. But its psychological insights give it a greater intellectual heft than the average thriller; it’s a pity this element isn’t backed up by some of the novel’s other aspects.