The great movie (and more) website Wonders in the Dark is currently running the second (and, according to plan, final) “TV Countdown,” in which a diversity of writers are penning essays about their favorite series and other TV items. I know very little about TV, so didn’t participate in the earlier countdown. However, WitD’s Sam Juliano, knowing me better than I know myself, told me that this time around I was going to be the one to tackle Kolchak: The Night Stalker—the series is, after all, in its way noirish.

Me being me, I went a bit overboard on the enterprise. So, while my piece on the series will be appearing in a few days’ time on WitD (and I’ll try to remember to put a link here when that happens), I’ve split off the individual entries on the two Kolchak movies—already posted on Noirish HERE and HERE—and will over the next few days be posting to this site my illustrated notes about the twenty episodes.

A reworking of elements of the two Kolchak movies (both already covered on this site). The mashup is done, it has to be said, with no great intelligence or inventiveness.

Someone is killing masseuses (clearly regarded as little more than hookers) in Milwaukee and making off with their kidneys. Kolchak (McGavin) wants to investigate, but he has sufficiently antagonized Capt. R.M. Warren (Lynch) of the local PD that Vincenzo (Oakland) takes him off the story, assigning it instead to Kolchak’s colleague Ron “Uptight” Updyke (Grinnage), even though the latter goes all queasy at the very thought of murder. 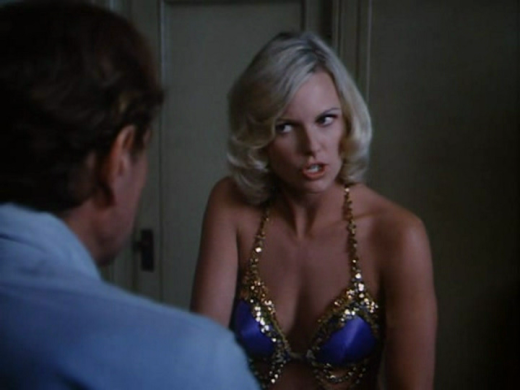 Even though reassigned to manage INS’s “Miss Emily” agony-aunt column, Kolchak partners with supposedly rival journo Jane Plumm (Colen). She thinks the killer suffers from a “Ripper syndrome”; Kolchak, who is of course right, thinks it’s the original Jack the Ripper (Gilbert), who must periodically murder and mutilate five women. (Why? We’re never told.) In fact, the Ripper portrayed here bears more resemblance to the Victorian-era urban-legendary character Spring-heeled Jack, who terrorized London and surrounds and could jump on and off high buildings without suffering harm.

McDevitt, who plays an elderly witness in this episode, would return as regular character Edith Cowles (sometimes billed as Emily Cowles), responsible for the INS’s puzzle and “Miss Emily” columns.

Usually or unusually, an episode 2 of a TV drama series that’s more interesting than its episode 1. Someone is ruthlessly knocking off the personnel of Chicago’s white numbers rackets, led by Benjamin Sposato (Sirola) and his sidekick Victor Friese (Bisoglio). The obvious assumption is that the campaign must have been organized by the black numbers racketeers, led by Bernard Sweetstick Weldon (Fargas). But Carl Kolchak knows better!

The truth is, of course, that an old voodoo mamalois, Marie Gillette Edmonds (Myers), whose grandson François (Faison) was murdered by the white gangsters, has resurrected him from the dead as a zombie with instructions to slay his killers. But why is the Chicago PD’s Captain Leo Winwood (Aidman) on the list? 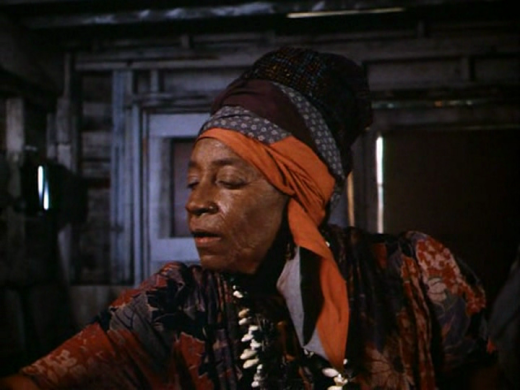 This episode saw the introduction of intern Monique Marmelstein (Susi) and informant/morgue attendant Gordon “Gordy” Spangler (Fiedler) to the series; neither would last long, although Gordy would have a swansong in episode 19. There are bit parts for Scatman Crothers (billed as Scat Man Crothers) as the owner of a voodoo store and J. Pat O’Malley as a cemetery caretaker. 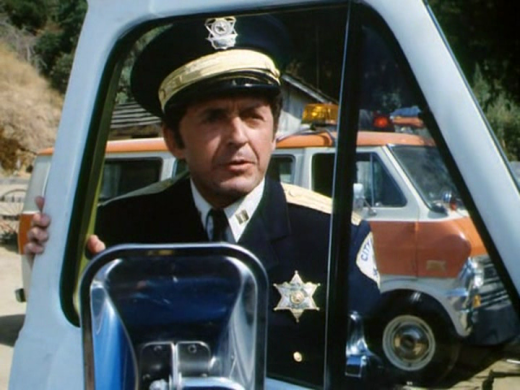 Something’s killing animals at the zoo and sucking the marrow from their bones. Something’s leaving a strange, malodorous substance lying around that appears to be halfway between asphalt and vomit. Something’s stealing electronic components from all over the city with no rhyme or reason. Radio reception’s atrocious. Watches are stopping. A two-ton stack of lead ingots just disappears into thin air in front of witnesses . . .

It can all add up to only one thing, at least according to Carl Kolchak (McGavin): an alien invasion.

Carl Kolchak is sent to Los Angeles to interview a fashionable guru but instead chases down a vampire—Catherine Rawlins (Charny), onetime Las Vegas hooker, now using her profession as a way of meeting supper. He ropes in Faye Kruger (Nolan), erstwhile reporter and now a realtor, to fake his interview feature for him . . . with unfortunate results. This time the apoplectic cop is Lieutenant Jack Matteo (Daniels) of the LAPD. There are cameos from Anne Whitfield as an implausibly sweet callgirl and Milt Kamen as gullible building supervisor Gingrich.

William Daniels as Lt Jack Matteo of the LAPD.

Where in earlier episodes the comedy was subservient to the drama, here it feels as if the balance has been shifted the other way—and not to the episode’s benefit. Add in that the dark-fantastical elements are numbingly unimaginative—the vampire, hissing and spitting, is a dreary caricature, as if no one involved could really be bothered to try for something more interesting—and there’s the sense that, for this series, the end has already begun. 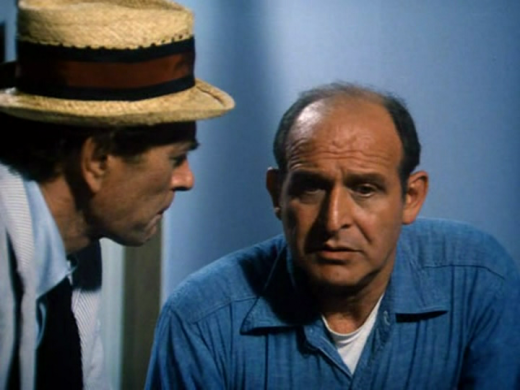 At one point Kolchak compares the vampire to Veronica Lake.

As if I’d willingly surrender my immortal soul to Catherine Rawlins.