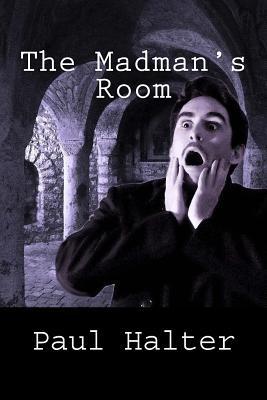 Paul Halter is one of those writers who seem to divide opinions. Some readers quite clearly don’t enjoy his books much, while others adore them, hailing them — as I do — as being like John Dickson Carr on acid. True, they have their ups and downs and they’re not as well written as Carr’s books generally were (although the old master had his off-days too), but they have that same knack of conjuring up an impossible circumstance (or, typically, a group of them), thrilling us with the fantastication of the proceedings, and then awing us with the ingenuity of the denouement, wherein not only is the murderer revealed but, more important, we learn that what seemed impossible can in fact be explained using strictly rational means.

In The Madman’s Room Halter even offers us a little bonus in the form of a post-denouement explanation in which Alan Twist, Halter’s series detective, acknowledges to his Lestrade that the sequence of events the book recounts is in effect an artifice rather than anything that could happen in real life. This breach of the fourth wall had me grinning from ear to ear.

Generations ago in an English stately pile, Hatton Manor, copiously unpublished writer Harvey Thorne went mad and, in his dying moments, cursed the rest of his family, down through the generations, to die by fire. Ever since, the study where he obsessively wrote his — now lost — books has been sealed up. But now his newly married great-nephew Harris, heir to the Thorne family fortunes, has decided to open it up, to the horror of Harris’s brother Brian, a somewhat eremitic fellow who’s given to his own prognostications of doom.

Sure enough, Harris dies in the most mysterious circumstances, having seemingly hurled himself, for no good reason, from the study window. Just as there was when old Harvey died, there’s an inexplicable damp patch on the carpet in front of the study fireplace, where clearly some water has been spilled.

Amateur criminologist Alan Twist and his Scotland Yard friend Archibald Hurst think Harris’s death may be murder, but have no evidence to back up their suspicions. A year or so later, however, when someone else dies in an equally curious manner in the study, with once again that odd patch of moisture on the carpet, it’s time for them to step in before a ruthless killer can kill again . . .

I’ve given an extremely simplified account of the novel’s setup. Until Twist finally produced his rationalization, I was convinced that such rationalization was impossible, that this time Halter was finally going to have to chuck in the towel and fall back on supernatural elements in order to explain matters. I was wrong. I should have known better.

Characterization is not Halter’s forte. I’ve read two or three of the Alan Twist mysteries before, yet I still have no handle on him as a human being: he’s just a sort of plot convenience, really, a cipher who’s there so that the author can reveal the witty intricacies of the conundrum he’s set us. The same goes for most (not all) of the rest of the cast here: they’re collections of characteristics rather than living, breathing characters. But, at least for this reader, that’s fine: Halter’s forte is the puzzle, and that’s what we’re here for. We didn’t come for psychological insights or penetrating analyses of the human condition.

This book is another publication from the celebrated small press Locked Room International, which has done so much to bring to English-reading audiences the works of some splendid foreign detective-fiction writers who would otherwise almost certainly have remained entirely unknown to us. I know there have been criticisms of some of the Locked Room International translations, and as I was reading this one it occurred to me time and time again that the text employs a sort of offshoot of the English language, LRI Speak, that’s very close to the parent tongue but not quite identical to it. Luckily I enjoy reading LRI Speak; far from finding it offputting, I find it actually adds to the charm and quaintness of Halter’s novels.

If you’ve not read any Halter before, The Madman’s Room is as good a place as any to start. (According to the cover, it’s the 13th of his novels to have been published in translation by LRI.) Here you’ll find all the pyrotechnics you could hope for amid a plot that’s really quite jaw-dropping in its cunning.