|
A beautiful and ruthless extortionist — does she have a heart?
| 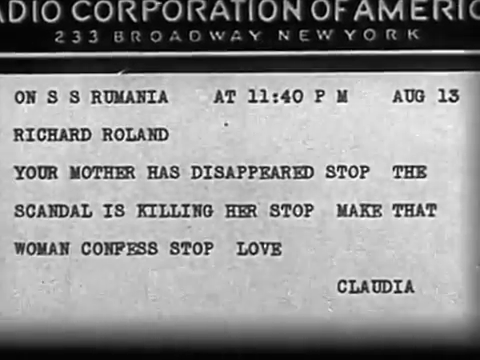 Attractive singer Verna Wilson (Moorhead) has just taken rich elderly magnate John Randolph (Love) to court to the tune of $100,000 for seducing her with false promises, and Randolph’s wife of thirty years, Jane (Young), is preparing to leave him because of his supposed infidelity and her abhorrence of scandal. But their son Dick (Mulhall) believes his father is innocent of impropriety and that Verna is a serial blackmailer who’s pulled off this sort of stunt before. 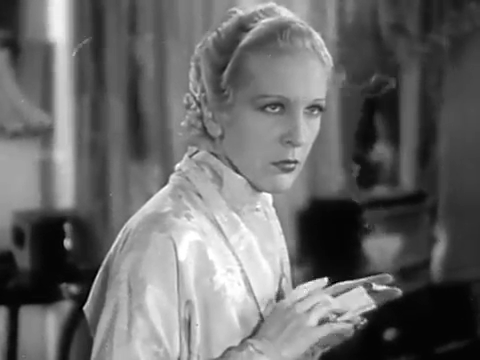 Abetted by cheap gigolo type Juan de Leon (D’Arcy) and crooked lawyer Howell (Mong), Verna has made quite a career out of extortion. But now she’s learned that her ex-husband Jimmy (Brent) has been let out of the Big House and is athirst for revenge on Verna and de Leon for having betrayed him. 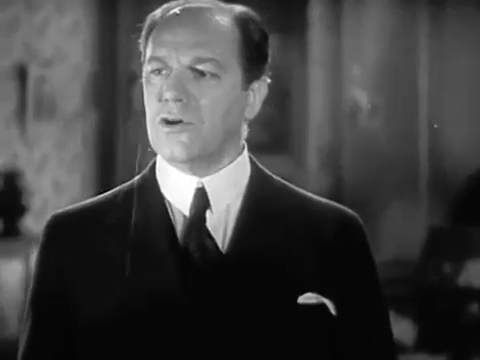 She wants to get out of the country ASAP. Her crooked cohorts have spotted that the SS Rumania is soon to sail for Europe with, as one of her passengers, Texas oil millionaire J.B. “Lucky” Morrison (Breese)—surely an excellent candidate to be her next victim. 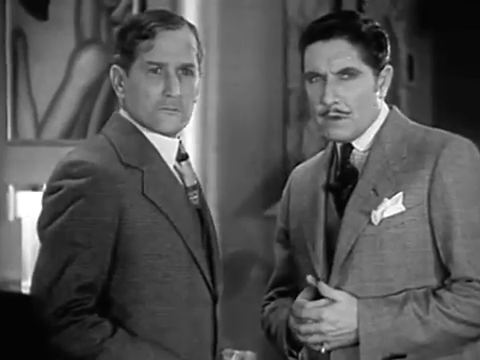 Flynn (De Main), the private eye whom Dick Randolph has set on Verna, discovers much of this plot. Moreover, Lucky is a pal of Dick’s father, and Dick learns from him that he and his manager, Dick Roland (uncredited), are merely pretending to leave for Europe in order to fool their business rivals. So Dick swiftly formulates a plan: he himself will board the Rumania as Roland while the Randolph family chauffeur, Larry (Alexander), will accompany him as the millionaire. The fake Lucky will lure Verna into a trap that will reveal the truth of her filthy blackmailing business.

Not everything goes according to plan for either Verna—now calling herself Vera Wendell—or Dick. Despite Verna’s belief that she’s traveling alone, de Leon has also booked passage on the Rumania, and jailbird ex-husband Jimmy has managed to sneak aboard too, murder in mind.

(I think Moorhead garbled one of her lines, that it should have been: “Killing me would give Jimmy some satisfaction.” Because it soon becomes clear that what she next means is the option of her own suicide as a way to escape.) 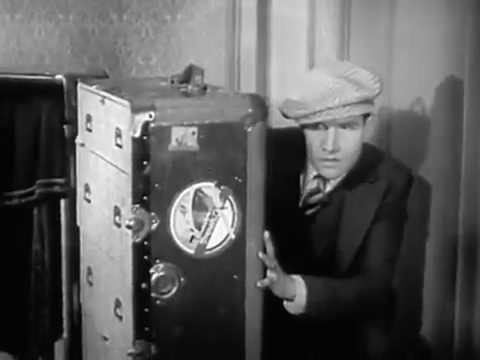 Another complication is that, while she feels nothing for either the fake Lucky or an elderly English aristocrat, the Baron (Ricketts), who creakily tries to woo her into a “shipboard romance,” she falls slap-bang in love with Dick the moment she claps eyes on him.

Moorhead indicates this outburst of passion with facial expressions that have all the subtlety of a silent movie; you keep expecting the intertitles to pop up. In fact, Moorhead is pretty hammy throughout, in which she’s matched by several others of the cast. The only actor who comes out of this production with any great measure of credit is Dick Alexander as the comic character Larry. The actor playing Verna’s maid Lucy would merit some attention too; unfortunately, being black, she goes uncredited even though other characters, despite barely appearing, soar high on the cast list.

Larry falls head over heels for Verna. And, even though Dick has a lovely fiancée at home, Claudia Elliot (Day), Verna awakens something in him. He knows she’s predatory scum, yet at the same time finds himself strangely unwilling to see her hurt.

Once Larry finds out the true nature of things, he’s all for matchmaking Verna and Dick:

Dick: “She’s a little gold-digger. I don’t believe she’s capable of any real love.”
Larry: “She may have been everything we thought her, but she’s changed. Why, when she talks about you her voice goes all goosepimply.”

Larry: “Don’t those Salvation Army guys say something about more whoopee in heaven over one skirt that turns clean than a whole Sunday school full of them [who] don’t need the gold dust.”

The stage—or, rather, the deck—is set for murder, which soon enough ensues. Jimmy offers Verna a deal to spare her life: She must confess her crimes against the Randolph family and others to “Dick Roland,” and see if Dick will accept her love anyway. Rattishly—remember faithful Claudia?—Dick gives every indication of being tempted, but . . .

This is one of those B-movies where you get the impression that none of the participants—or almost none—was very much interested in what the final product came out like. Mulhall seems to be trying to put some energy into the proceedings and certainly Alexander is, as noted, with Brent and especially Day shining in their lesser parts, but the rest of the cast are fairly miserable and the half-hearted performance from Moorhead is a great black hole at the center of the movie that seems to suck the vitality out of everyone else. The direction and cinematography aren’t, to be honest, much better, and the mise-en-scène not only spares every expense but has silly inconsistencies.

If you’re into cheap humor, Love Bound is worth watching for the atrociously choreographed fist fight between de Leon and Jimmy a few minutes from the end, where all of the punches visibly miss by inches . . . even the ones accompanied by resounding splat! noises. There’s another fight sequence soon after but, even though it’s appalling, it seems almost adequate alongside its predecessor.