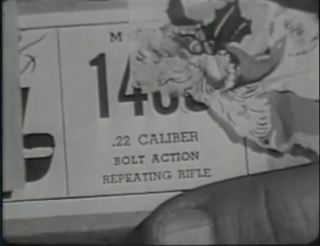 Ladies and gentlemen, the story you’re about to see is true. The names have been changed to protect the innocent.

The series opening (voiced by George Fenneman) is famous; for the even better-known radio series upon which Dragnet’s TV incarnation is based, it was of course “the story you are about to hear.” Both series can trace their origins to Alfred Werker’s HE WALKED BY NIGHT (1948).

For this particular episode (season 2, episode 7, first aired December 18 1952), Jack Webb, in his role as Sergeant Joe Friday of the LAPD, adds a voiceover that wastes no time in getting us into the Christmas spirit:

This is the city. All year around it wears work clothes. On holidays it dresses up. To most people, Christmas brings happiness and prayer. To some it brings heartbreak. Then my job gets tougher. I’m a cop.

Admit it. You’re starting to feel that festive glow of good cheer already. But don’t relax too much into the mellow mood, because this is a grim tale, one that was apparently controversial in its day (and will be perhaps even more so today), because it has the audacity to suggest that putting lethal weapons into the hands of nine-year-olds might not be a good thing. 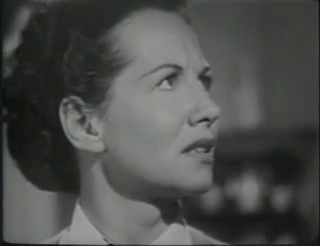 The nine-year-old in question is young Stanley Johnstone (Ogg), whose mother, Ruth (Whitley), contacts Officer Tom Doherty (McEvoy) of Highland Park Juvenile a few days before Christmas: her boy has gone missing and, while it’s been only a few hours, there are suspicious bloodstains and empty .22 cartridges in the back yard. Doherty in turn contacts LAPD Homicide, and Sergeant Joe Friday (Webb) and his partner, Frank Smith (Ellis), swing rapidly into action. 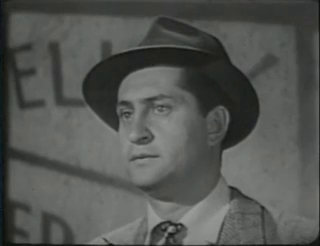 Stanley’s not the only kid in the neighborhood to have gone missing that afternoon: so has his pal, eight-year-old Stevie Martin (uncredited). Stevie’s mom, Edith (Christine), is worried sick as to his whereabouts, though oddly Stevie’s father, John (Johnstone), is far less concerned, telling her their boy will surely be home soon, safe and sound. Stanley’s father George (uncredited) has a similar attitude. 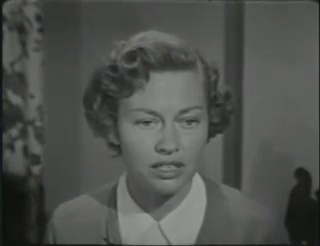 And it’s George who, it proved, made the stupid mistake that has brought violent tragedy to this quiet suburb. He bought young Stanley a .22 rifle, plus ammo, for his Christmas present and, even though it was wrapped and hidden at the top of a closet, the kid found it, unwrapped it, and set off with his little buddy Stevie to play with it . . . 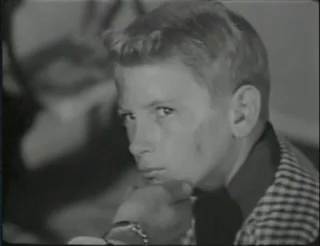 It’s supposedly the season of good cheer, but for at least one family it’s going to be a season of cruel misery, and all because a father was idiot enough to think a .22 rifle was a toy fit for a small child. “Don’t buy a gun for Christmas,” concludes Friday when asked if this sad tale has a moral. As if this were something grown adults should need explaining to them. 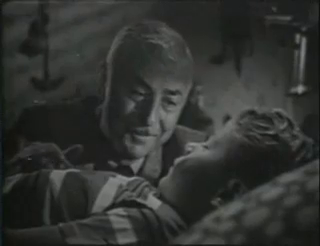 In typical Dragnet style, the narration of this police procedural (done by Webb throughout the tale, with Gibney reciting the outcome just before the closing credits) is executed in portentous police-style pseudo-legal jargon: these tales are based on real-life events, and Webb doesn’t want you to forget that for one moment. It’s a style that’s easy to parody and can become rebarbative, but at the same time it achieves its desired effect.

A Gun for Christmas is a quite moving offering, and there’s one piece of symbolism that’s especially so: as the door of the Martin family’s home closes at one point, a glass ball falls off the wreath hanging there to shatter on the doorstep below. 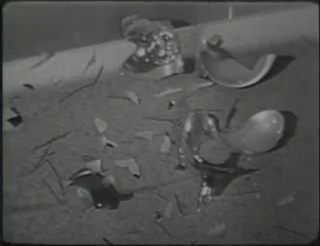 There are several copies of this episode currently on YouTube, and one on the Internet Archive. All appear to be from the same none-too-crisp source. Nearly four hundred episodes of the radio show are available in the Archive’s Old Time Radio Researchers Group area. The Archive also has a fairly good copy here of Dragnet’s progenitor movie, HE WALKED BY NIGHT (1948).