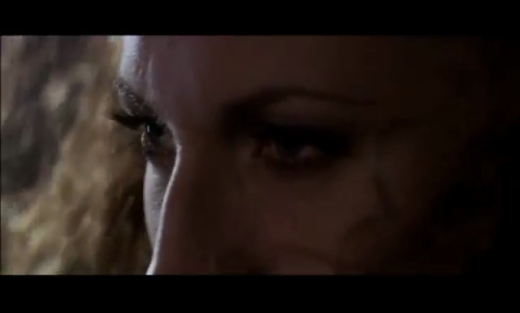 This is an interesting little psychological thriller that’ll probably sound exploitational and/or trite however I try to describe it, but that well deserves its sixteen and a half minutes.

An anonymous young Woman (Manthey) has the habit of picking up men in bars, luring them to what they assume will be alfresco sexapolooza, and then dispatching them with the jolly big kitchen knife she has somehow managed to secrete in her none-too-voluminous clothing. One night, after dealing with the yuppie Sean (Kiriazis) in this fashion, she’s strolling through a local park when she comes across a little girl, Rachel (Swan), sitting on a swing illuminated only by streetlights. They exchange a few words, then the Woman goes on her way. 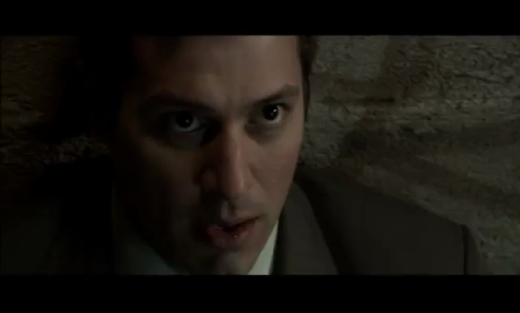 But the next day—or so we assume—the Woman runs across Rachel again while rambling through wasteland. Rachel’s in the front of a dilapidated car in the back of which her father sleeps; her mother, she tells the Woman, is dead. Despite her being no more than perhaps ten (Swan was twelve when the movie was made), Rachel’s choice of reading matter is Ayn Rand’s Anthem, which the woman judges to be pretty heavy stuff for a kid Rachel’s age. (Me, I’d say ten is about the right age to read Ayn Rand. Much older and you realize what drably written twaddle it is.)

The Woman has some advice for the youthful Ayn Rand reader:

“People are going to tell you in life there’s only two things for certain—death and taxes. They’re wrong. There’s a third. Know what it is? Change. You hang in there, kid, all right? Things will change. They always do.”

Next we encounter the Woman out on the hunt again. This time her first prospect is an archetypal bar bore (Jermain): he lectures her on why he doesn’t mind women having false boobs but detests it if they have false teeth. How interesting. The Woman, reasonably enough, tells him to “fuck off, maybe?”—to which he responds with one of those lines of dialogue that falls into the category that I normally detest, So Bad It’s Good:

“I hope you spend more time brushing your gums than you do brushing me off.”

He shouldn’t be so upset! Moments later, Jonathan (Vanous) moves in on the Woman, and the next you know is that—oops!—he’s gone the same way as Sean. 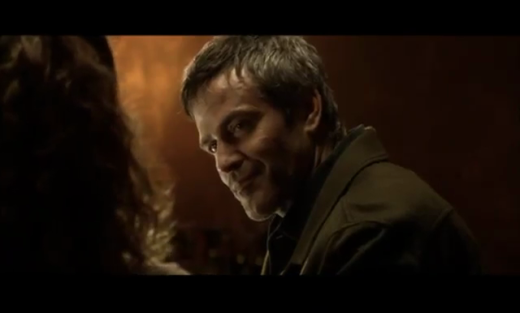 Jonathan (Lucky Vanous) thinks his evening’s going to end happily, but he couldn’t be more wrong.

Later that night, with blood still on her clothing, the Woman runs into the little girl again, and this time gives her the same advice she gave to Tooth Guy in the bar. But Rachel is persistent.

By now we’re becoming convinced that Rachel in some way symbolizes—or is even a hallucinated version of—the Woman’s younger self; aside from anything else, the two of them have the same hair and similar shapes of face. Certainly the Woman is hallucinating at times; as if through her eyes we see occasional flashes of a heavyset older man (Hope) who, it doesn’t take too many of the leetle gray cells to work out, was the father who abused her during her childhood.

There’s more to the tale, but you should perhaps watch it for yourself: here’s as good a place as any.

Rachel (Krista Swan) brings the Woman to her senses.

Obviously Widowmaker belongs to Manthey, who’s in virtually every shot and whose character is the centerpiece of the movie, but Krista Swan’s performance deserves attention too. Early on (when the Woman is talking to her as she sits in the car) she slightly muffs a line, as child actors are prone to do, especially in low-budget indie movies, but aside from that she’s quite flawless, bringing to the part—especially with her eyes—a depth that surprises. Swan’s screen career seems to have ground to a halt in 2009, which is a shame; most of her credits are as a voice actor.

There are some neat moments of observation in The Widowmaker. After the first killing that we’ve witnessed, the Woman goes, as is her wont, to the public restroom in the park to clean up. She’s brushing her teeth dutifully—oh, if only Tooth Guy had been there to see her!—when she notices she has blood under her fingernails. So she pops out the brush to clean them. And then, without even running the brush under the tap, she carries on cleaning her teeth . . .