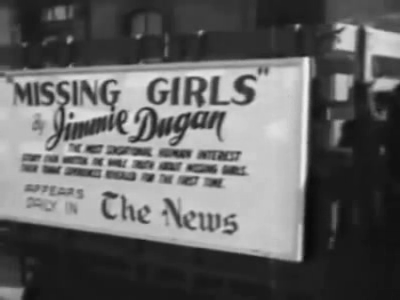 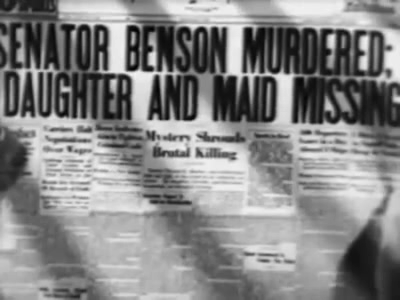 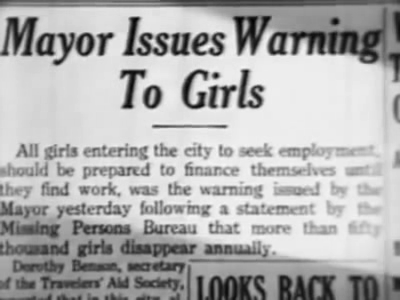 After being struck by her father George (LaRue, no relation, so far as I can establish, of Jack La Rue, whose birth name was Gaspere Biondolillo) for going out on a date with “that Dixon boy,” Ann Jason (Doran) runs away from home and heads for the big city. There she finds work as a waitress, but when one day the boss tells her that in future she’ll be working for no wages, just tips, she turns in desperation to the Travelers Aid Society, a charity run by Dorothy Benson (Evans) to help all the unfortunate runaway women who’re seeking their fortune. Dorothy impulsively offers Ann a job as a maid in the apartment she shares with her father, Senator Thomas K. Benson (Wallis Clark). 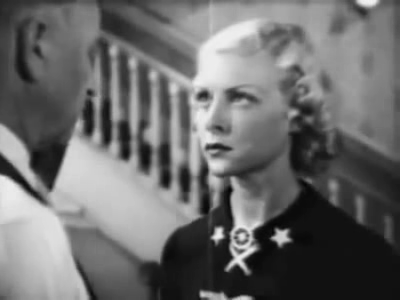 Senator Benson is, with immense popular support, planning to push through a law to tax gambling in the state—a measure that’s obviously opposed by the racketeers. One of the biggest fish in that fetid pond is Dan Collins (Blackmer), who operates behind the front of the Gray Air Conditioning Corporation (a name that merits a moment’s thought). Collins is a racketeer with certain standards; for example, he doesn’t do (or at least claims not to do) murder. He also has a decent relationship with Dorothy’s journalist fiancé Jimmie Dugan (Pryor). 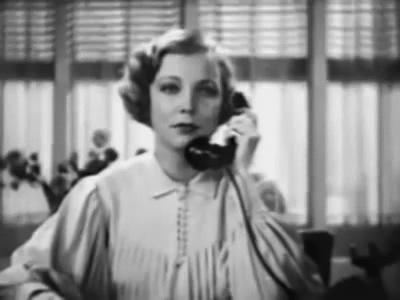 Dorothy (Muriel Evans) at work in the office.

Jimmie, inspired by Dorothy’s work with the Travelers Aid Society, has sold his editor on the notion of a series of articles called “Missing Girls” that focuses on the plight of all the many Ann Jasons there are in town—most of whom aren’t nearly as lucky as Ann but fall prey to (although this is never specified out loud) prostitution and other forms of vice. The mayor is incensed by the articles—as too, Collins warns Jimmie, is the DA (Keane), who feels the articles reflect badly on his office and is determined to shut Jimmie down by hook or by crook. The DA hauls Jimmie in front of a grand jury; when Jimmie refuses to divulge his sources—who’re racketeers like Collins—and sasses the Foreman (Apfel), he’s found guilty of, er, something. A crusty Judge (Ingraham) fines him $250 and sends him to jail for thirty days. 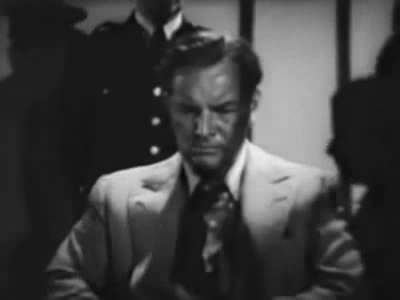 Just released from prison is hoodlum Ben Davis (Madison), who took a fall for Collins and reckons that Collins is avoiding the issue of compensation. Davis tells his ponderous sidekick Harry Wilson (Robinson) his great idea: he’s going to commit a murder and make sure Collins is framed for it. The obvious victim is Senator Benson: the cops are sure to believe Collins would want Benson dead to avert the threatened gambling tax. Accordingly, Davis and Wilson choose a night when Collins is out cavorting on the beach with his married paramour Mrs. Bliss (Ethel Clark) to go to the Benson home and gun down the senator in front of Dorothy and Ann. The hoodlums drive off at speed; the two women leap into the Benson car and chase after . . . 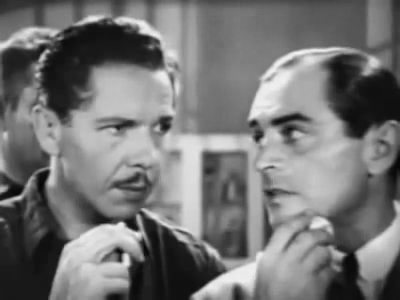 Jimmie (Roger Pryor) finds himself at the mercy of Ben Davis (Noel Madison).

In prison, Jimmie learns that his friend and prospective father-in-law has been murdered—and, worse, that Dorothy and Ann are missing. Meanwhile, Collins has indeed been arrested on suspicion of the crime; one of the other lags spells it out to him that Jimmie has become so popular among the inmates that Collins will be lucky if he doesn’t find himself with a shiv between his ribs. Two other inmates, Nick (Fain) and Zig (Cooper), know something about the crime and give the information to Jimmie on the basis that, when he claims the reward for the recovery of the missing women, he passes it along to them so they can hire a topnotch shyster to defend them on their murder charge. 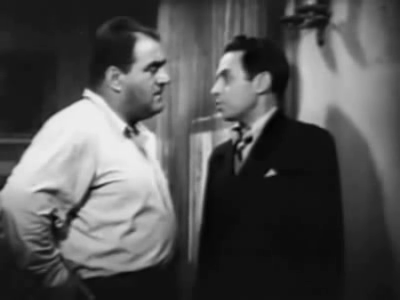 The women are, it appears, being held in the farmstead of the villainous “old witch” Ma Bolton (magnificently played by Lewis) somewhere near Miami. Jimmie rushes to fill in his friends Ralph Gilmartin (Fiske) and Johnny (Keefe) of the FBI about this, and is soon hiking around in Florida looking for a farmhouse that matches the description given to him by Nick and Zig . . . 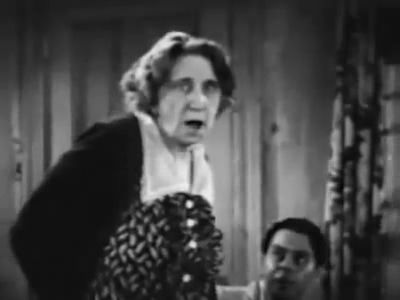 Ma Bolton (Vera Lewis) is gonna gun them girls down . . .

There’s cheapness written all over this production, which comes from Poverty Row specialist Chesterfield; at one stage Dorothy and Jimmie are dancing at a nightclub where carefully arranged drapes ensure we can’t see the orchestra—presumably because there wasn’t one. The final shootout, as FBI goons storm Ma Bolton’s hideout, is one of the less convincing to be captured on celluloid (I could swear that some of the ricochet noises were supplied by small boys playing cops an’ robbers). At the same time, though, there’s an impressively large cast; perhaps, like waitress Ann, they were being paid no wages, just tips. Some members of that cast, like Doran, Blackmer, Evans, Keane and as noted Lewis, turn in fairly creditable performances; this may have been just a cheap and forgettable filler, but they brought their professionalism to it.

The screenplay, too, has its moments. Here’s just one, from the opening minutes:

Jimmie: I called on His Honor and he had nothing to say, so all I had to do was put the words into his mouth.
Dorothy: Maybe I’m going to marry a ventriloquist?
Jimmie: Sure—so I can always have you sitting on my knee.
Dorothy: Oh? So you’re going to make a dummy out of me?

Shakespeare it ain’t, but it’s admirably more than mere rote. Unfortunately, that same screenplay contains one of the vilest examples of the gratuitous racist “humor” that scars so many movies of this period. Released from jail, thanks to the alibi offered by Mrs. Bliss, Collins informs his sidekick Whitey (Hill) that he’s decided to go straight. Whitey tells him to put off that decision until he’s met S.O.S. (Dilson), a gambler who’s come up with a unique way of winning horse races. His invention is the electric riding crop. So Collins, Whitey and S.O.S. test it on the black office cleaner Pokey (Carter). Is that not the most mirthful thing you ever did hear? The worst of it is that the scene has quite obviously been stuck into the movie purely for the sake of the “hilarious” racial humiliation; it has no purpose in terms of the plot.

This is an offering for Rich Westwood’s Past Offences 1936 signup.