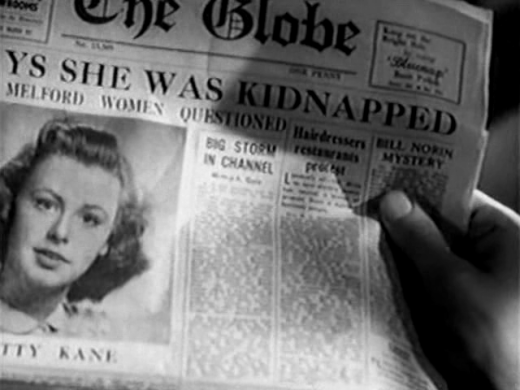 Made at Elstree, a good adaptation of Tey’s famous novel about the rapid descent of the apparently amiable inhabitants of a sleepy rural town into lynch-mob, witch-hunting mentality. The movie itself is styled to reflect this theme, outwardly having many of the genial trappings of a “cozy” mystery while having at its heart a very steely message indeed.

Teenaged schoolgirl Betty Kane (Stephens) goes missing after visiting an aunt, and turns up a couple of weeks later at her adoptive parents’ home having clearly been beaten. She claims that she spent the intervening period as prisoner of spinster Marion Sharpe (Gray) and her elderly mother (Fielding) at The Franchise, a gloomy old manor on the outskirts of the small town of Melford, somewhere in the English Home Counties. The two women, Betty says, beat her in hopes of forcing her to become their maid. Bizarre though Betty’s tale is, the cops are compelled to take it seriously, especially since the girl displays an intimate knowledge of The Franchise, both inside and out. 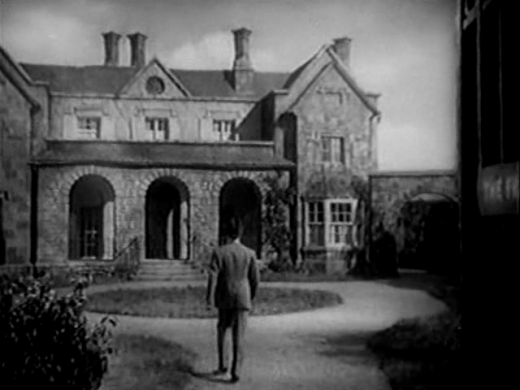 Robert’s first sight of The Franchise.

Local solicitor Robert Blair (Denison) first hears of this when he gets a phonecall from Marion Sharpe begging for his help; local cop Inspector Hallam (Boddey) and Scotland Yard’s Chief Inspector Alan Grant (Bailey) ‑‑ ordinarily Tey’s series detective, but here, as in the novel, seen in almost a negative light ‑‑ are at The Franchise and she thinks she and her mother should have a lawyer present, pronto. In vain does Robert explain that his specialty lies more in drawing up wills than in criminal cases. 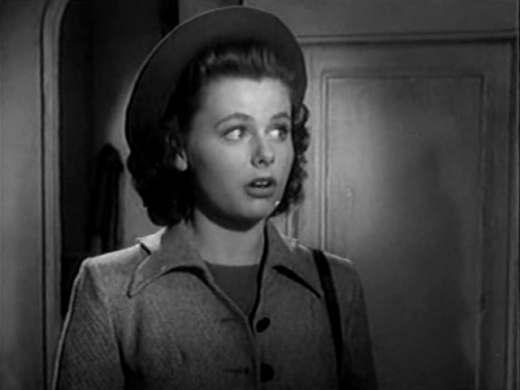 Although the evidence against the two women seems overwhelming, and although they obviously lack money to pay him, Robert takes on their case ‑‑ not just because he’s instantly attracted to Marion (in reality Gray and Denison had been married for over a decade, and they’re charming together) but because he believes a major injustice is about to be perpetrated.

When Betty’s foster-brother and boyfriend Leslie Wynn (Forrest) tells the whole story to the press, the locals pass instant judgement: the two women have lived in the area just a couple of years, since inheriting The Franchise, so obviously they must be guilty. Plus Betty is a respectable girl, you can tell it just by looking at her, butter wouldn’t melt in her mouth, only someone truly vicious could say a nice girl like that would tell a lie . . . Even Robert’s dotty old Aunt Lin (Seyler), with whom he lives, takes it for granted the Sharpes are guilty. Soon Marion and her delightfully waspish mother are receiving threatening letters and phonecalls, bricks through the windows, daubed obscenities on the walls . . . 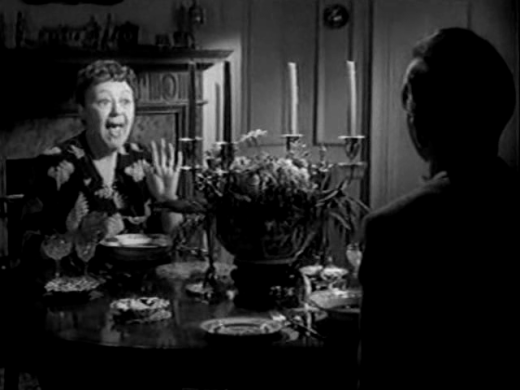 Robert enlists his pal Stan Peters (More) from the local garage and Stan’s chum Bill Brough (Troughton, later to be the second Dr. Who) to deal with the last of those, and the men have just completed the task one night when a mob arrives, storming The Franchise, smashing every window in sight, beating Stan and yelling threats. At this point Robert is finally able to persuade Inspector Hallam to start taking the danger to Marion and Mrs. Sharpe seriously, and devote some manpower to protecting them. 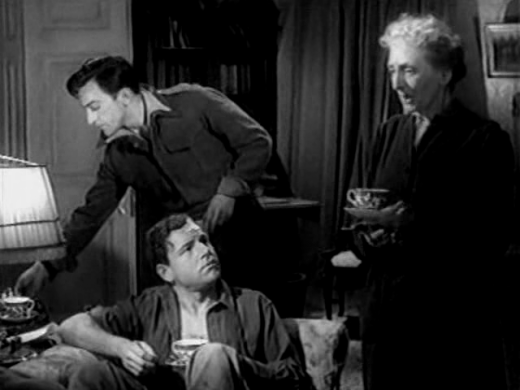 Things get blacker. A girl who once worked as the Sharpes’ maid, Rose Glynn (Glynne), claims that the reason they fired her was that one day she heard screams coming from the upstairs attic where Betty says she was confined. Marion says they fired her was because she stole a valuable wristwatch, but who’s listening to Marion?

Luckily, Robert and the expert London counsel he’s brought in to argue the case in court, distinguished London advocate Kevin McDermott (Nicholls), are doing just that ‑‑ listening to Marion. When the case finally comes to trial they produce two witnesses ‑‑ business traveler Bernard Chadwick (Jones) and his tough-as-nails wife Mary (Hazell) ‑‑ who between them reveal just exactly where Betty was, and what she was up to, during her disappearance. 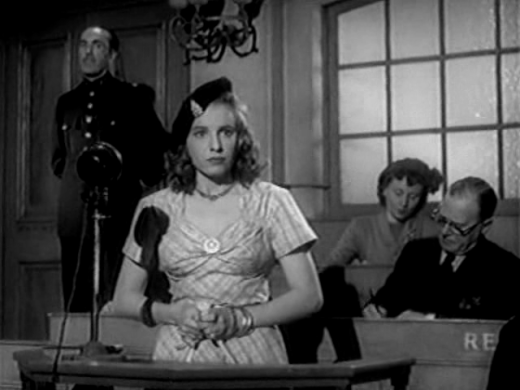 Although exonerated, Marion and her mother unsurprisingly determine to turn their backs on Melford . . .

This was remade for TV in 1958 as an hour-long play (dir Wilfred Eades, with Alec Clunes, Martita Hunt and Gwen Watford) in the Armchair Theatre series; in 1962 as a six-part serial (dir Mervyn Pinfield, with Michael Aldridge, Rosalie Crutchley, Veronica Turleigh and Meg Wynn Owen); and in 1988, again as a six-part serial (dir Leonard Lewis, with Patrick Malahide, Joanna McCallum, Rosalie Crutchley and Kate Emma Davies). A riff on the theme can be found in Minette Walters’s novel The Ice House (1992), which was excellently adapted for the screen as The Ice House (1996 TVM) dir Tim Fywell, with Kitty Aldridge, Daniel Craig, Penny Downie, Corin Redgrave and Frances Barber; in this instance it’s the discovery of a corpse in an outbuilding of the rickety old manor where the “odd women” live that sets off the locals. All of these versions have their merits, but the original movie still manages, despite its moments of light romance and flippancy, to pack quite a punch. 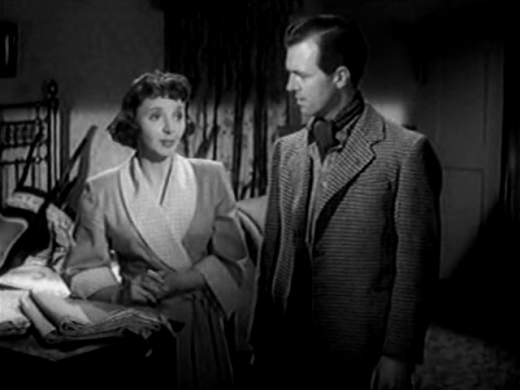 Various editions of the novel are on Amazon.com. This one seems to have the best (used) prices: The Franchise Affair.