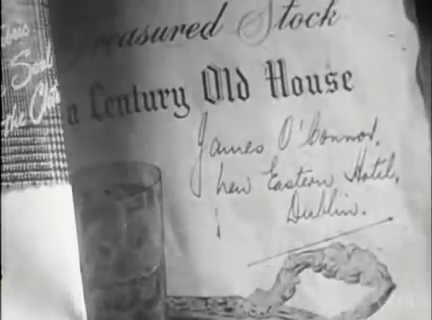 In the opening moments of this noirish spy tale we see Frederick Jannings (Goring), held prisoner in the Tower of London as a suspected Nazi spy and facing death by firing squad, being given one last chance to tell British Military Intelligence what has happened to missing Swedish scientist Dr. Hansen (Miller), whose researches into atomic weapons are making their way to the Nazis. Jannings believes Hansen is dead, which is taken by his captors as a refusal to talk; he’s taken out and shot. It presumably wasn’t the moviemakers’ intent to show Military Intelligence as being so stupid, and in real life I think they probably weren’t.

All that Military Intelligence knows is that the secrets are being passed to a Nazi contact in Dublin called Keitel (Lom); the Nazis are taking advantage of the fact that the Irish Republic has remained neutral during WWII. Accordingly, Captain David Grant (Newton) and Captain Robert Wilson (O’Madden) take the night ferry to Dublin to keep tabs on Keitel and try to spot his contact. On the boat, Wilson runs into an old club acquaintance of his, supposedly respectable London legal consultant Paul Faber (Lovell), who claims to be on his way to Dublin for a quick business trip. 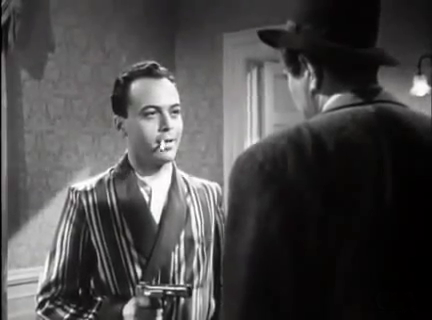 In fact, Faber is the link who’s carrying the secrets to Keitel. He books into the New Eastern Hotel, where Keitel’s staying, and sends him the latest batch of secrets cunningly hidden inside a copy of Esquire. Captain Wilson cottons on, discovers that the guest booked in as James O’Connor is in fact Faber, and follows Faber back onto that night’s ferry. However, crooked steward George Leggett (Dwyer) fingers Wilson to Faber, and Faber throws Wilson overboard to his death. 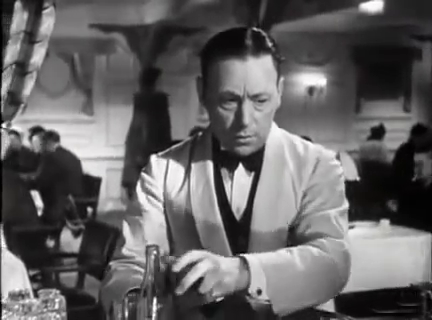 The crooked steward Leggett (Dwyer, in a very customary characterization).

It’s not long before Grant and his intelligence colleague Captain Toby Hunter (Middleton) are onto Faber. Grant gets a job in Faber’s company and then, with Hunter’s help, frames himself as an army deserter on his uppers. Faber springs at the vulnerability, hiring Grant for criminal activities as sidekick to Mr. Bowman (Ruddock), Faber’s clerk and ruthless goon. As a first job, though, Grant must go through a ceremony of marriage with pretty young Marion Decker (Pavlow), an Austrian refugee who urgently needs British nationality (and who we soon discover was the innocent Jannings’s sister) . . . 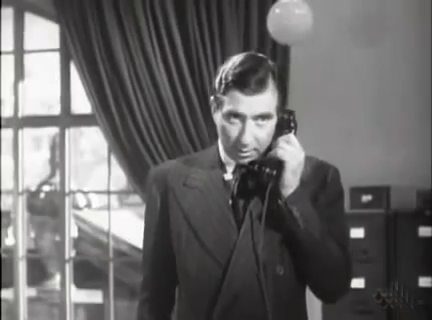 Grant (Robert Newton) as the picture of Military Intelligence respectability.

The climax of the tale takes place in the appropriately named small town of Hunstable, Devon, in a converted monastery owned by Faber’s mistress, artist Sidney Vane (Joan Maude), where Dr. Hansen has been stashed away. It hardly needs saying that the bad guys are rounded up and that Grant and Marion discover they’ve fallen in love. 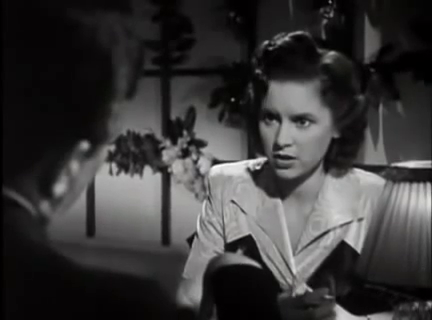 The movie sports a moderately distinguished cast, with several well known names in cameo roles—such as Wilfrid Hyde White as a taxi driver, Marius Goring as the doomed man, and Hay Petrie as a stationmaster, not to mention Carroll Gibbons & His Orchestra and Edmundo Ros & His Rhumba Band performing as themselves. Newton was at the time on the verge of stardom, while actors like Middleton and O’Madden were well known. Olga Lindo delivers a very good piece of supporting play as Grant’s landlady, Mrs. Coleman; Ruddock similarly impresses as the hitman. Lom would very soon become a household name, playing good guys or more often bad ones in countless UK noirish offerings and others. Coupled to this cast was Lawrence Huntington, a well regarded director. 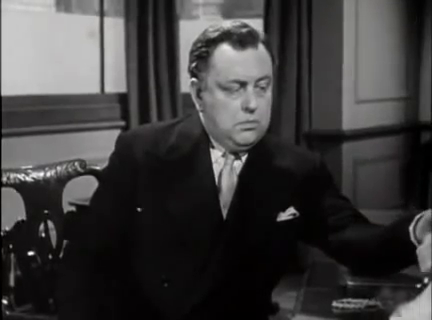 Another day at the office for the traitorous Faber (Raymond Lovell).

On paper, it should all have worked well, yet the resulting movie is stodgy and often confusing.

Soon after the outset, we’re left puzzling as to why the information Jannings held was so confoundedly important if Military Intelligence already knew most of the details of how the Nazis were getting hold of the secrets. Among other plotting conundra is the train of logic whereby Military Intelligence figures out Faber and Sidney Vane must be in cahoots because Faber has one of her paintings on the wall of his flat: if he regularly holidays in Hunstable, what more likely than that he’d have bought a painting of the place by its well known local artist? 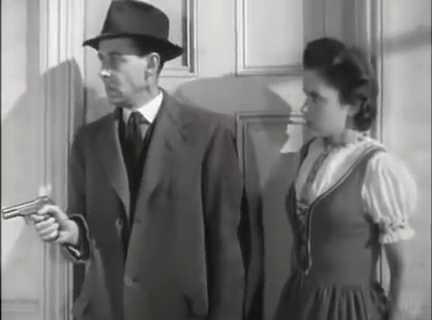 Even so, there are good reasons to find time for Night Boat to Dublin. One is, of course, the chance to see Lom in an early appearance. Although he’s rather wasted in what proves to be a minor role—after a confrontation with Grant in Dublin he just disappears from the proceedings—he briefly offers some of his trademark sinister swagger. O’Madden likewise impresses in his very different role as the stalwart Captain Wilson. Heller’s cinematography manages to be both unobtrusive and, in hindsight, oddly impressive, with the occasional lovely angled shot that seems perfectly natural at the time yet brightens one’s memory of the movie. And there’s a genuinely hair-raising sequence late on as Toby Hunter picks his way along a high outside wall from one window to the next. 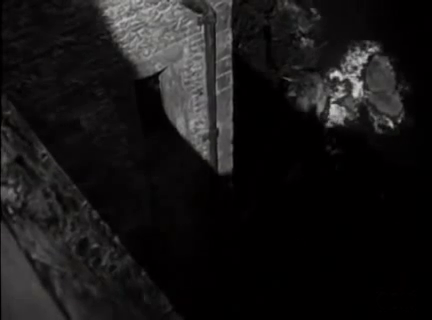 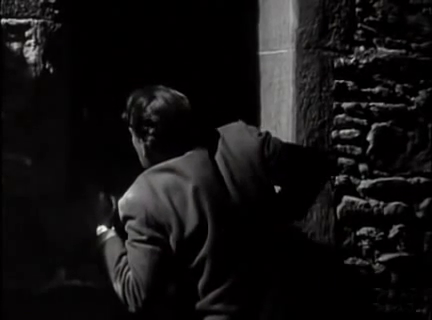 This is a contribution to the 1946 Challenge being run by Rich Westwood at Past Offences.