This is vaunted as the only movie adaptation of Christie’s classic suspenser to be completely faithful to the original, with the character names retained exactly and the murders—both past and current—being precisely as depicted in the book. Unfortunately, this fidelity runs also to the book’s original title and to the precise wording of the nursery rhyme/music hall song upon which events are based; the figurines whose sinister removal one by one denotes the demises of the guests are definitely not “Indians” nor, as in the novel’s most recent incarnations, “Soldiers”. The N word is tossed around liberally; the setting is even identified as N Island.

All of which makes the movie pretty bloody hard to take, frankly. Even in 1939, when the novel was published, the rhyme was becoming offensive to mainstream society; by 1987, when this movie was made, the usage was completely reprehensible.

Leaving that elephant in the corner of the room for the moment, what about the movie itself? Obviously, if you’ve read the novel you’ll know the plot; although Christie cobbled on a happier ending for the stage version she wrote and although other movie adaptations have followed that lead, here we stay with the novel’s grim ending: all the “guests” are deemed (and are) culpable, and are murdered, with their killer at the end killing himself as punishment for having committed the nine murders. He declares himself innocent of other deaths—although, since we have only his own word for that . . . 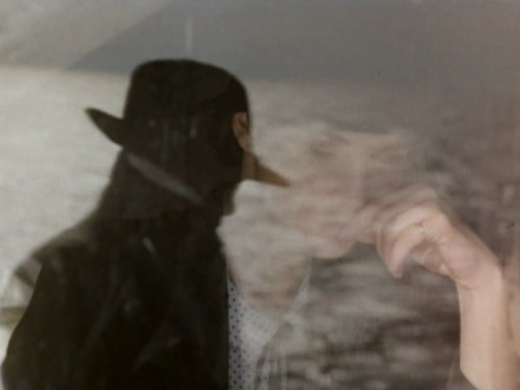 A shadow passing across the window . . .

In brief, then: Ten people are lured by a mysterious operating as U.N. Owen (geddit?) to an island somewhere off the English coast that’s deserted except for a grand clifftop mansion. Most of the ten believe they’ve come for a social encounter; others have accepted offers of work, including the butler Thomas Rogers (Zolotnitskiy) and, as maid, his wife Ethel (Tereshchenko). Others are: 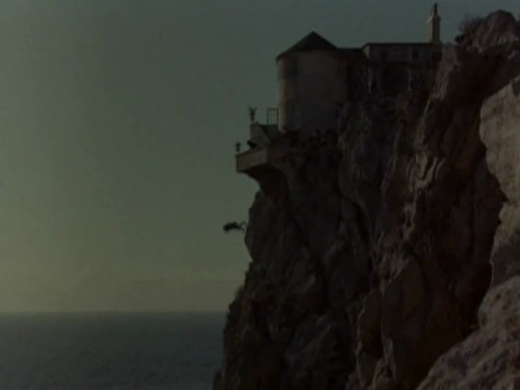 Except Lombard, each is in denial about either their crime or their responsibility for it; nonetheless, each is in turn, in some wise consonant with the next couplet of the rhyme, knocked off. The survivors soon realize what’s going on, and search the small rocky island; when they find no one, they assume it must be one of their number who’s responsible, although it becomes progressively harder to understand how this could be possible. Even so, when the cast has been pruned down to just Lombard and Claythorne, she has no compunction, despite their having become lovers the night before, in putting a couple of bullets into him on the grounds that he must be the killer. It’s only on returning to her room and discover a noose dangling from a beam above an appropriately placed chair that she realizes how wrong she was . . .

. . . after which the murderer kills for one last time.

It’s a credit to the skill of director Govorukhin and especially his cinematographer Engstrem that this long movie never really flags; when I got to the end of it I was startled to find that, yes, it really had run as long as the label said! There’s some very clever use of flashbacks, especially in connection with the crimes of Brent and Claythorne. The cast are by and large impeccable, although a certain facial resemblance between Zharkov and Kaydanovskiy can make it on occasion a tad hard to be sure immediately if it’s Blore or Lombard you’re looking at, while Maksakova, as the ultra-pious Miss Brent, has a certain jauntiness of demeanor that seems (perhaps deliberately) to subvert her character. It’s very much to the credit of the moviemakers that, while nowhere else—including when reading the novel—have I been able to get beyond the implausibility of the premise, here I was soon caught up in the fates of the characters and feeling quite acutely the claustrophobia of their trapped state.

What we have, then, is a very fine movie ineradicably marred by the racism (or insensitivity to racism) at its core. Whether you think it’s worth making the effort to look past that is very much, I’d think, an individual matter.

There’s some exquisite cinematography. Here, the soft focus is from the original. A couple of other examples below . . . 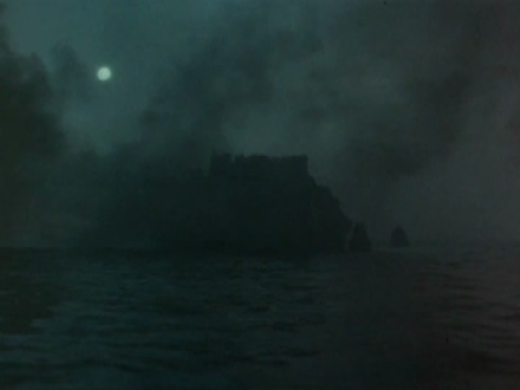